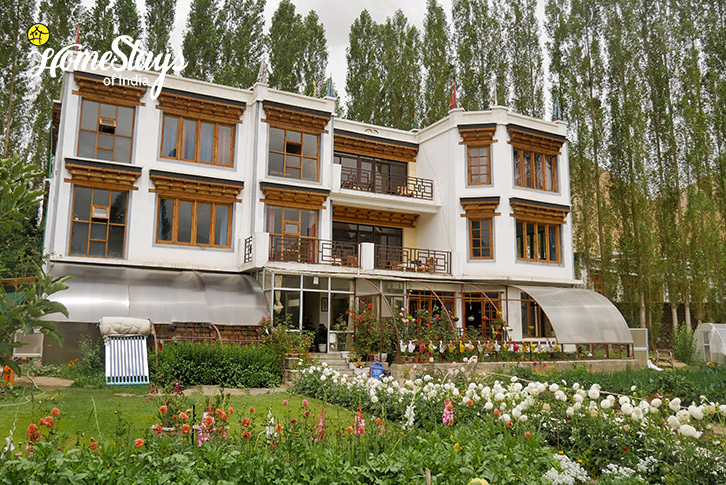 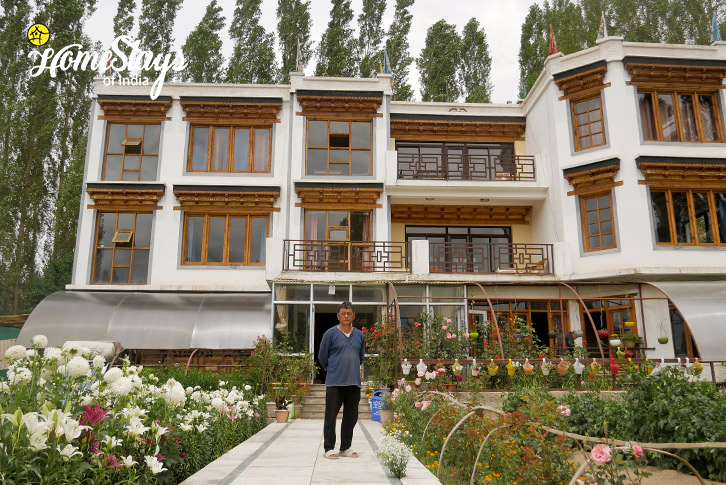 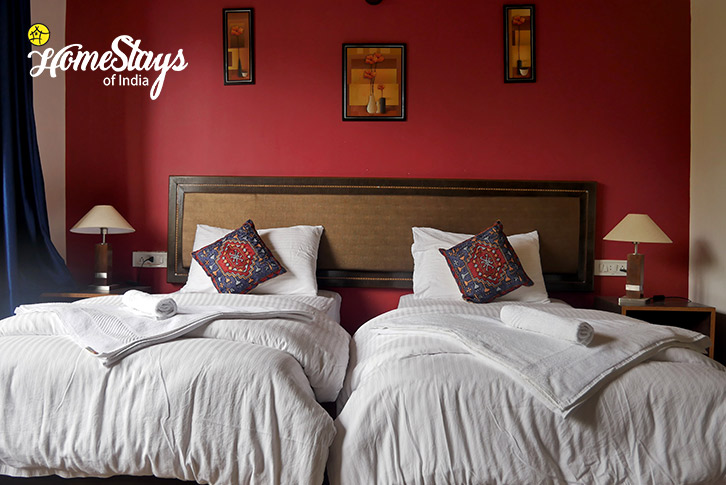 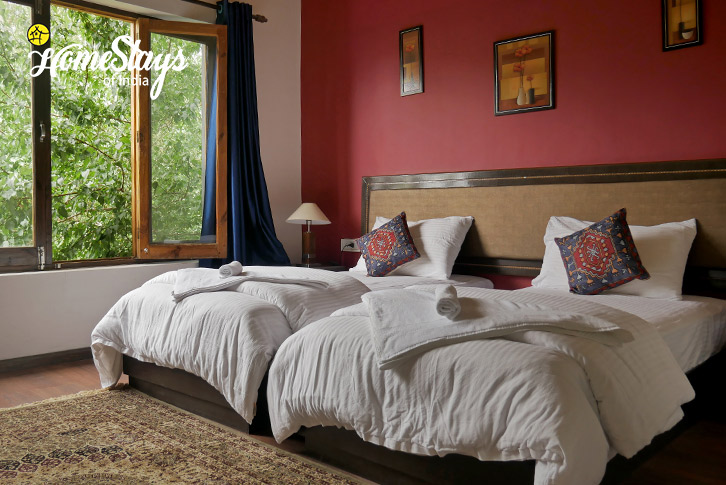 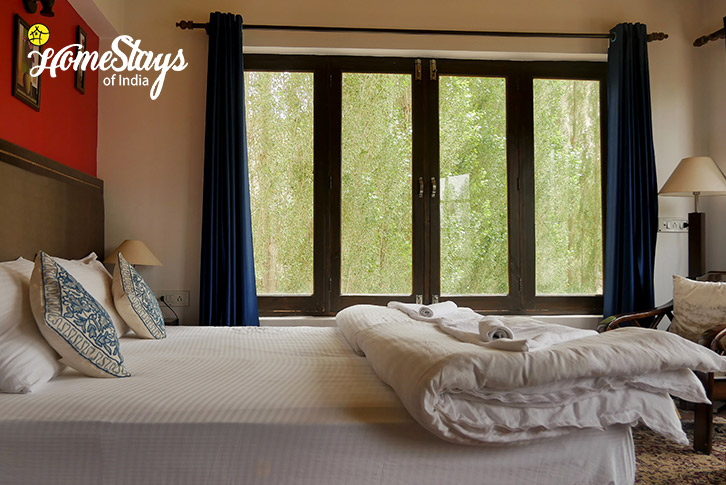 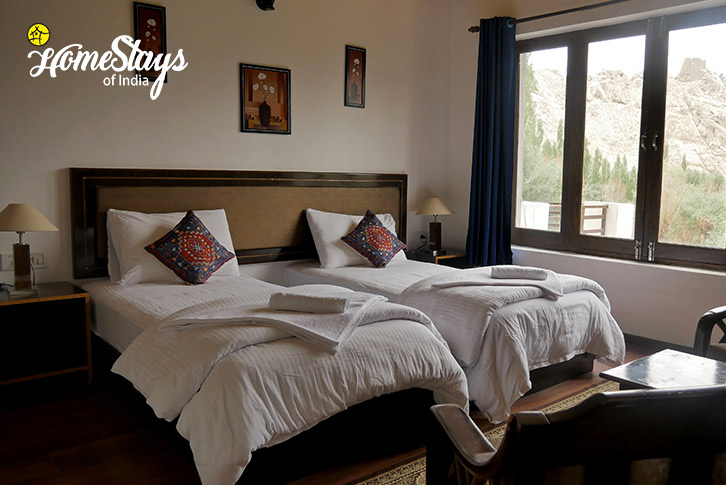 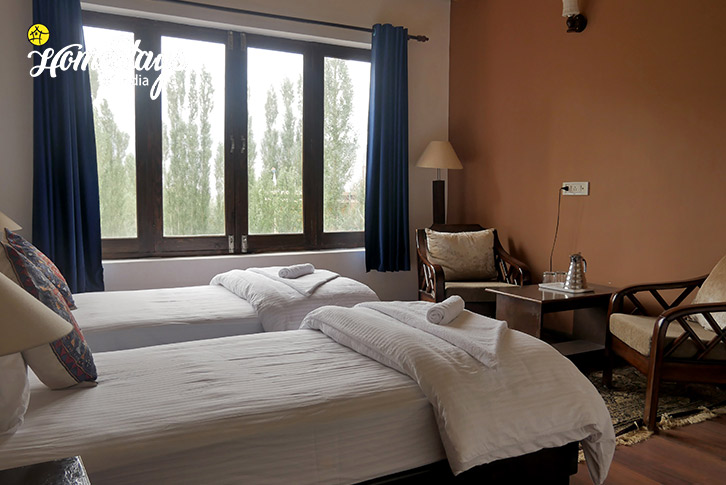 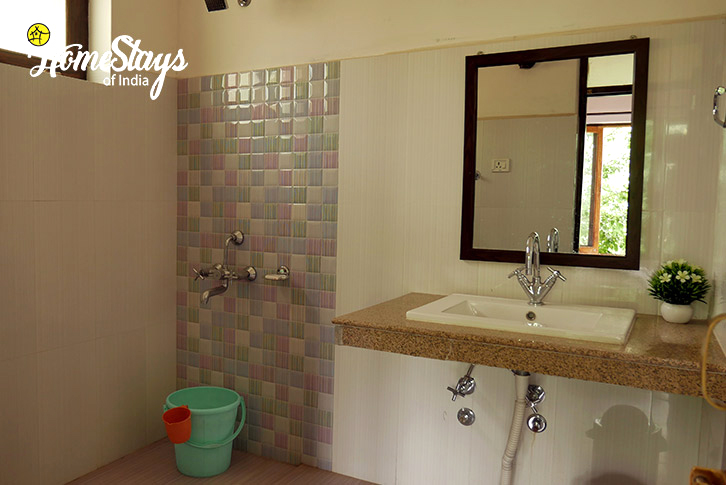 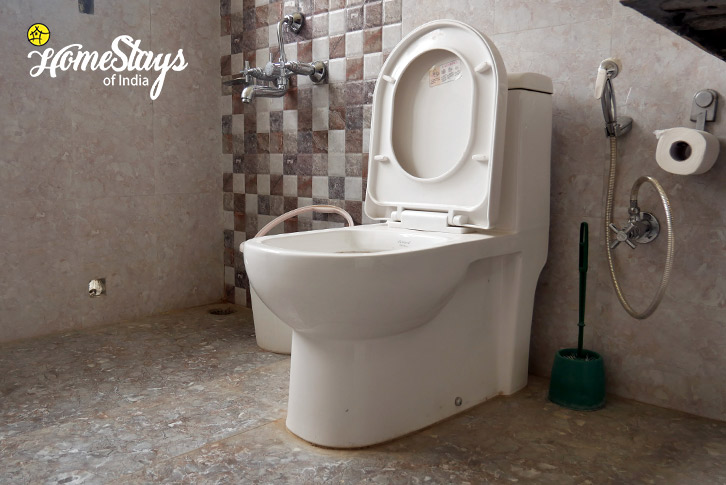 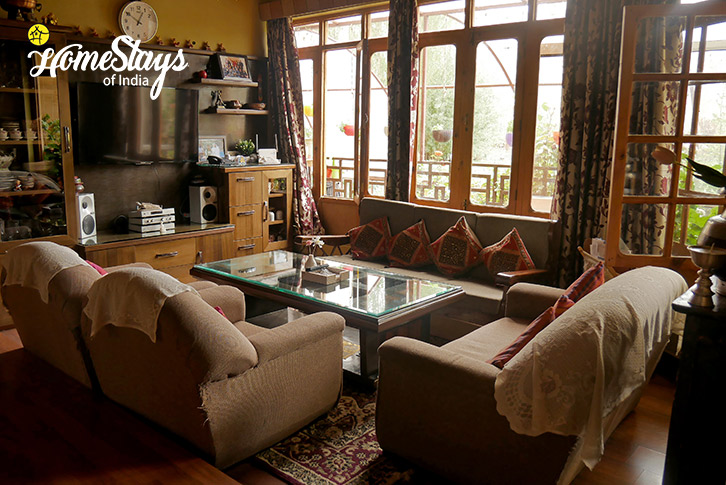 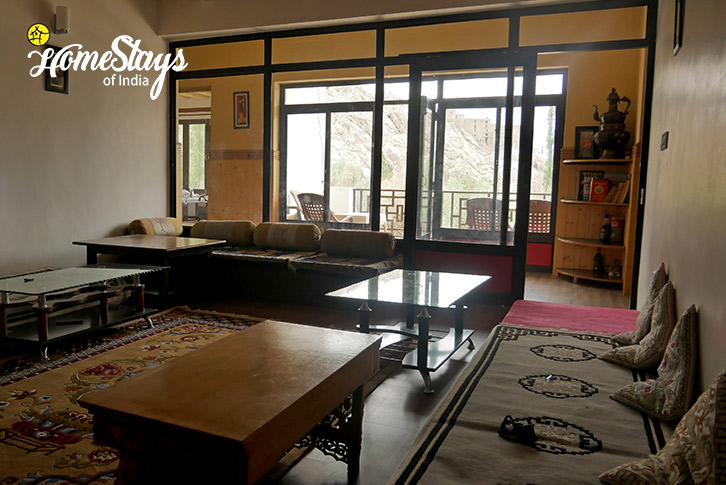 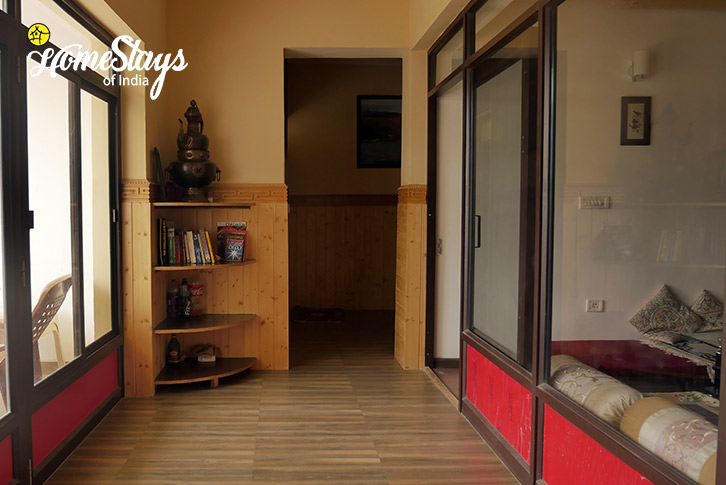 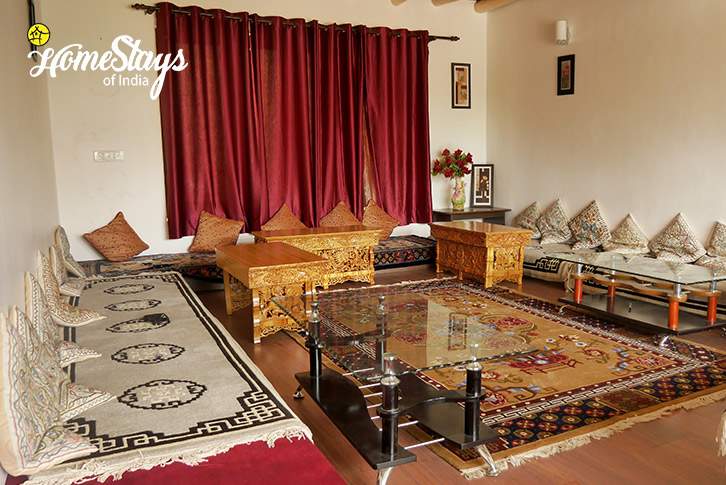 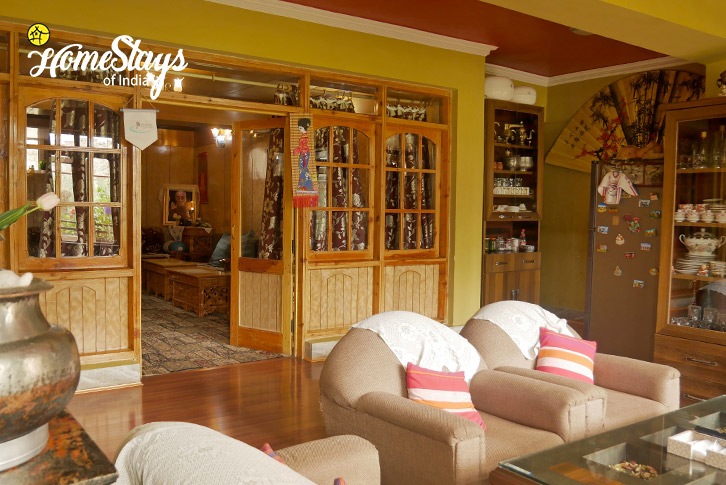 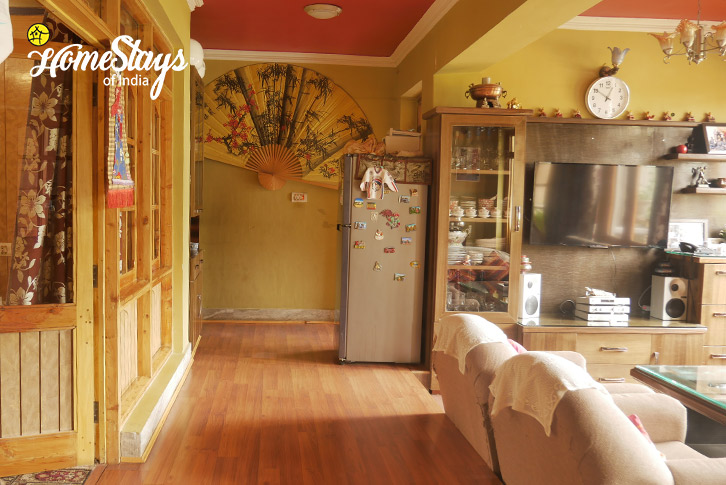 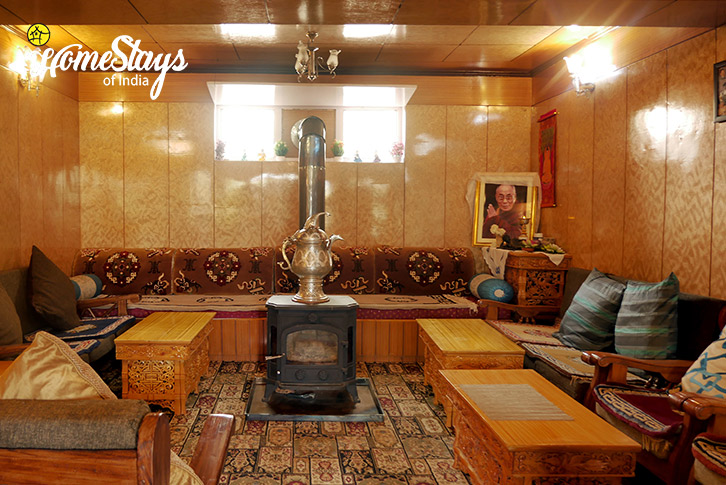 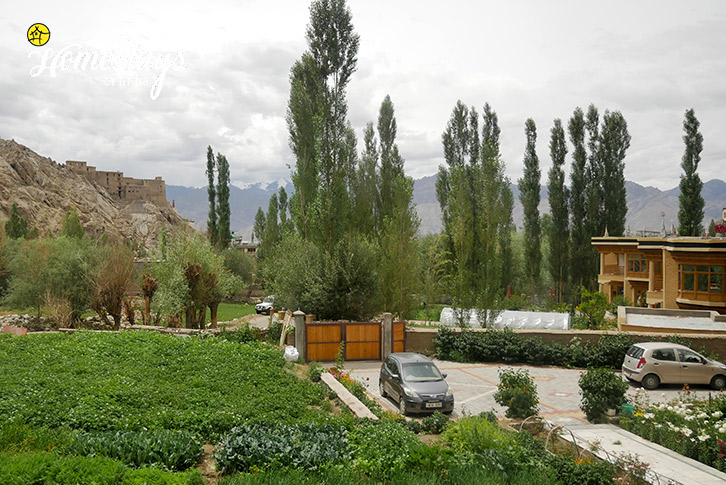 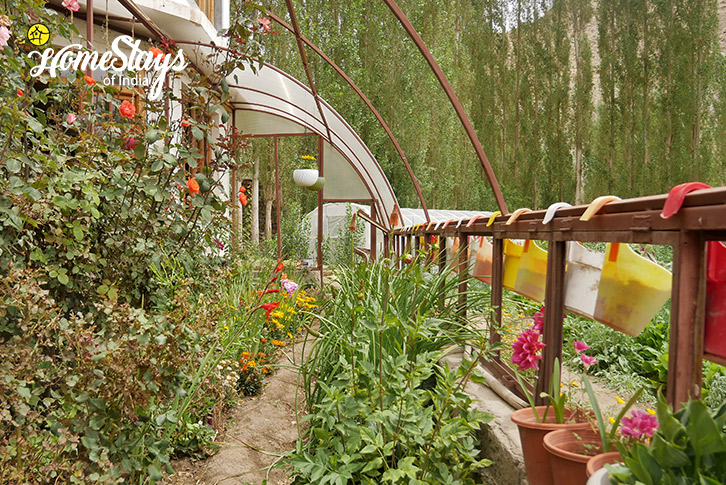 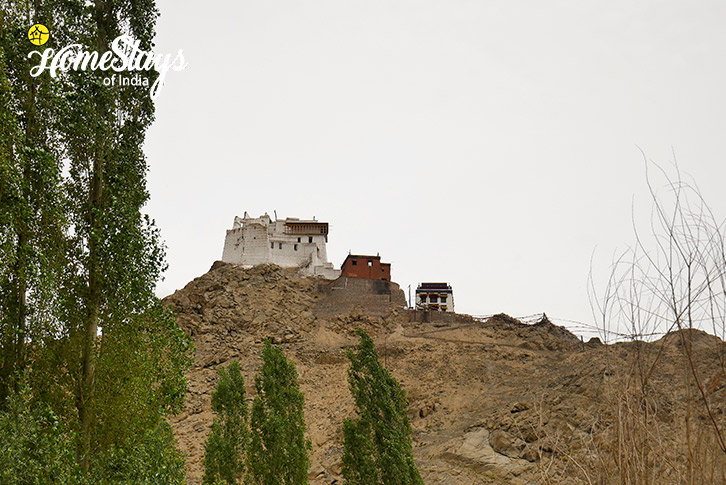 Leh is the capital and the largest town in the union territory of Ladakh. The town was also historically the capital of the Kingdom of Ladakh and its where the Leh palace is situated, the former residence of the royal family built by King Sengge Namgyal.  Leh was an important stopover in the Indus Valley for traders coming from all directions  such as from the west to Tibet and between Indo-China too. The Namgyal Tsemo monastery and Shanti Stupa are one of the major tourist and historical attractions inside the Leh town. Leh acts as the epicentre of tourism in Ladakh and it is from here that one can traverse to other regions of the state.

The homestay is located at a very peaceful location in Leh town. Wangchuk, who manages the property, has  built the house keeping in mind the conventional needs of comfort and convenience for the guests while at the same time, keeping intact the traditional values of Ladakhi living.
The house has 8 double occupancy rooms and two single occupancy rooms. There are two large common-cum-dining rooms for guests to interact with the local family and to relax while munching on to your savoury meals. The place has excellent internet fibre connection that works good for people who are looking to “work from hills”. One can also enjoy the view of Leh palace as well as the Tsemo Monastery from the house itself. On a good bright day, you have a nice garden next to the house in case you feel like relaxing under the natural roof of the sky.

Wangchuk started the homestay around six years back as he loves to interact with new people. Wangchuk used to work with an airlines company in Leh a few decades back and often reminisces on how the flights arriving in Ladakh that initially used to be filled with only foreign tourists. He also runs a very famous restaurant in the Leh market named ‘The Tibetan Kitchen’ . He lives with his wife, mother and two sons, Namgyal and Rigyal both of whom represent India at international level in Ice Hockey.

Wangchuk has hired two professional cooks to look after the meals of the arriving guests. Both of them have been trained in cooking traditional Ladakhi and Tibetan cuisines for the guests as well as a list of other North-Indian and continental cuisines.