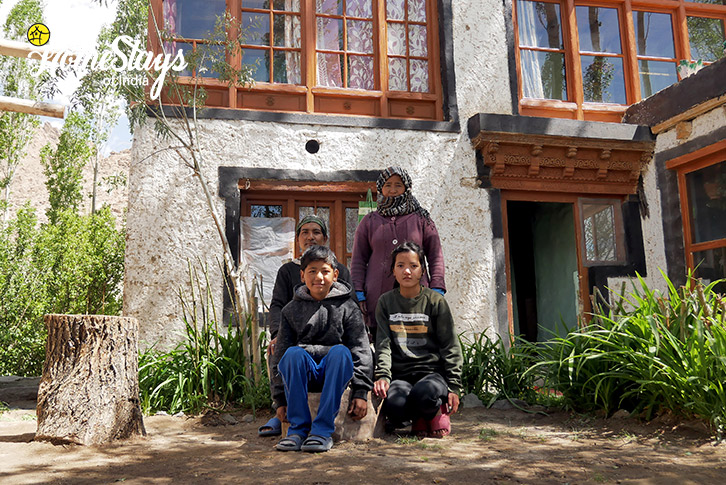 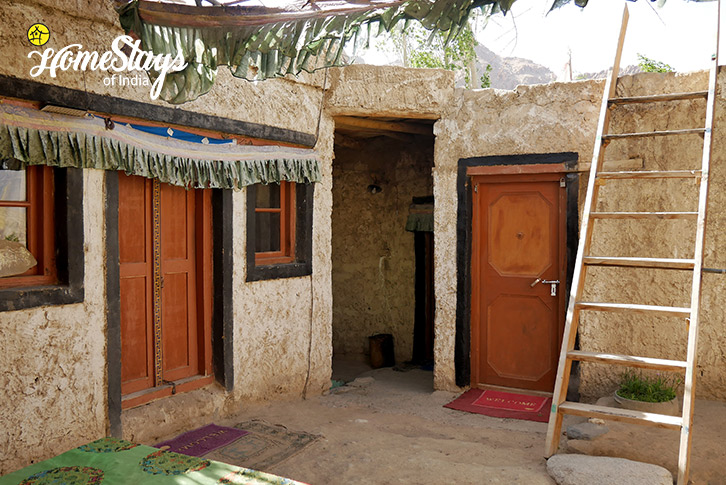 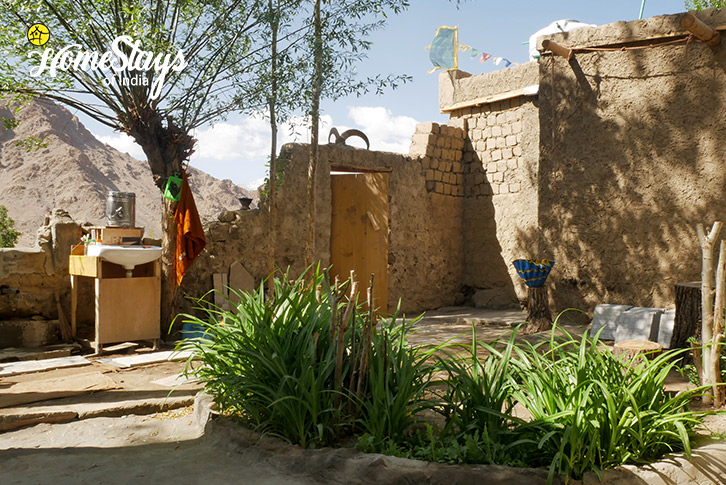 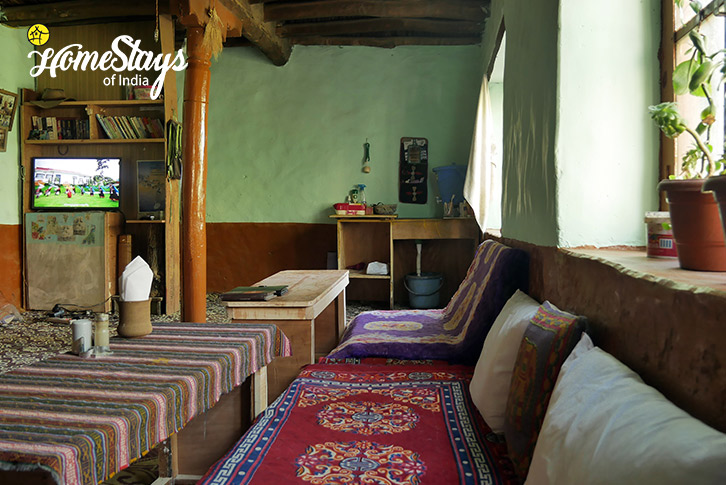 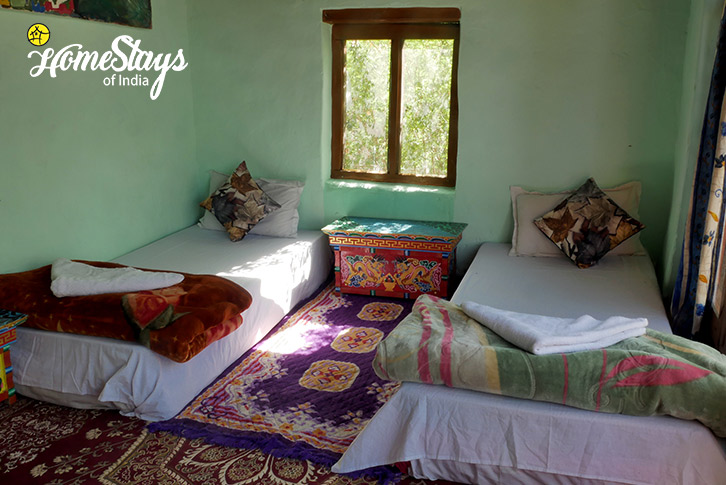 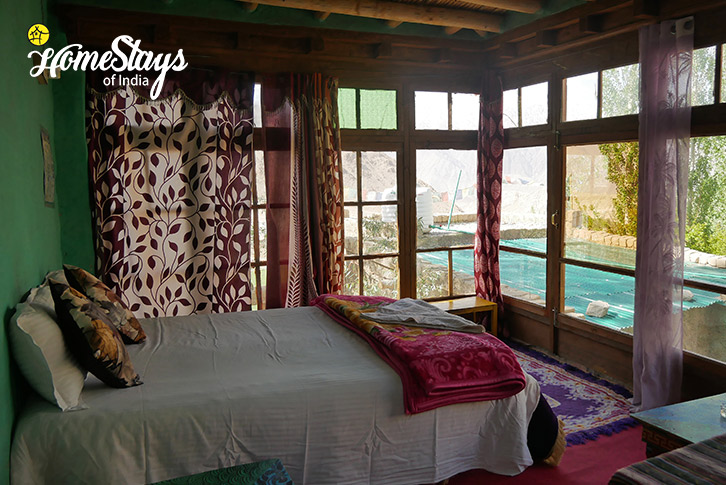 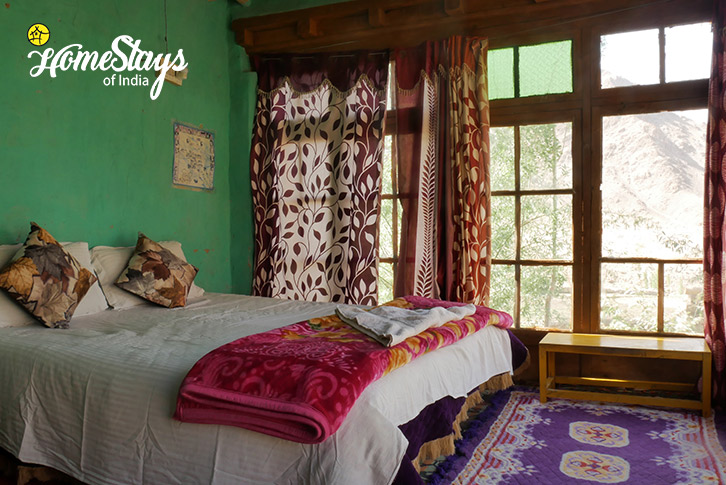 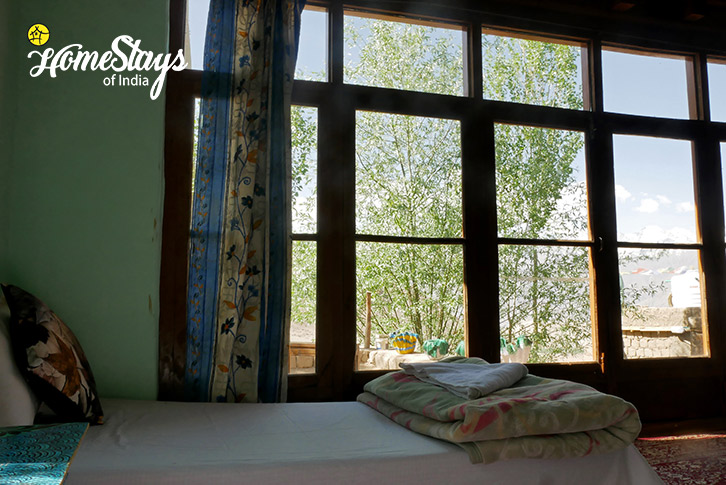 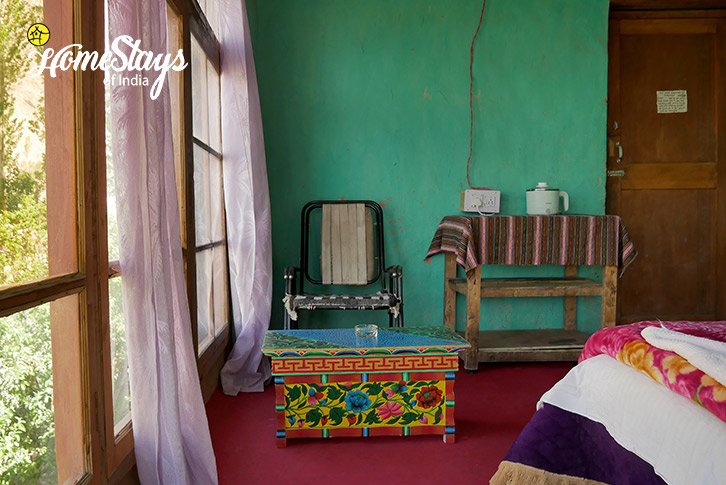 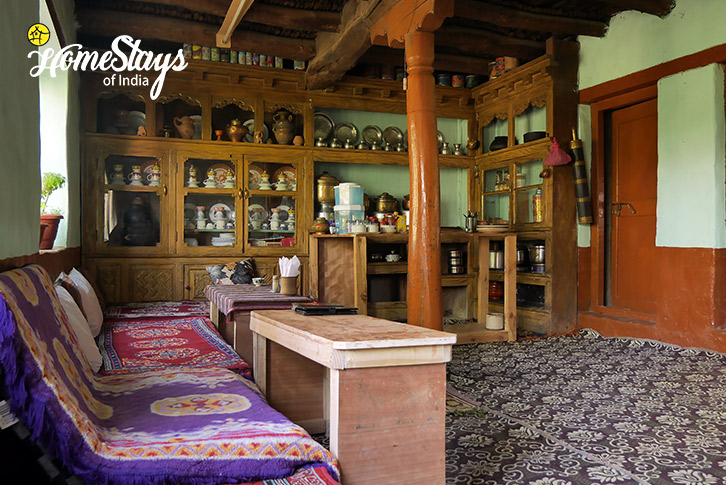 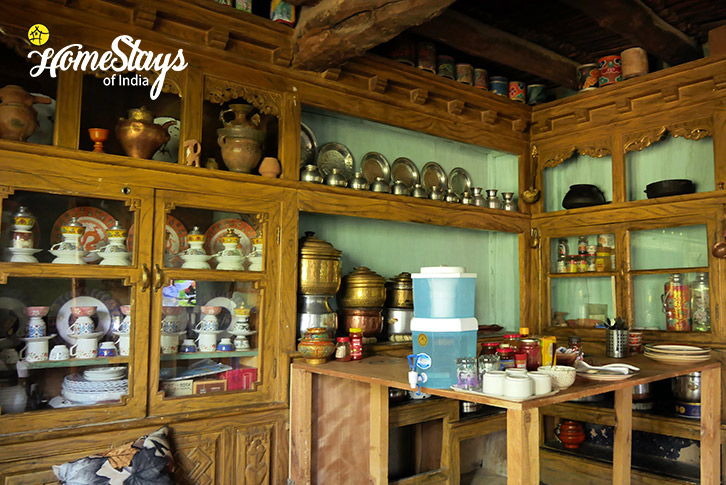 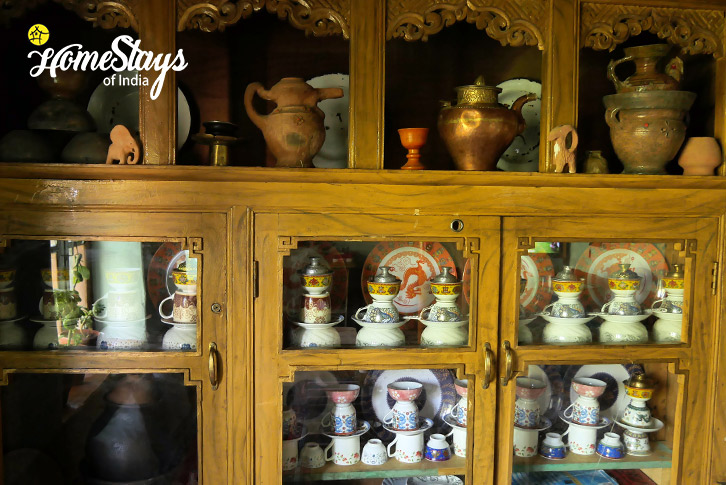 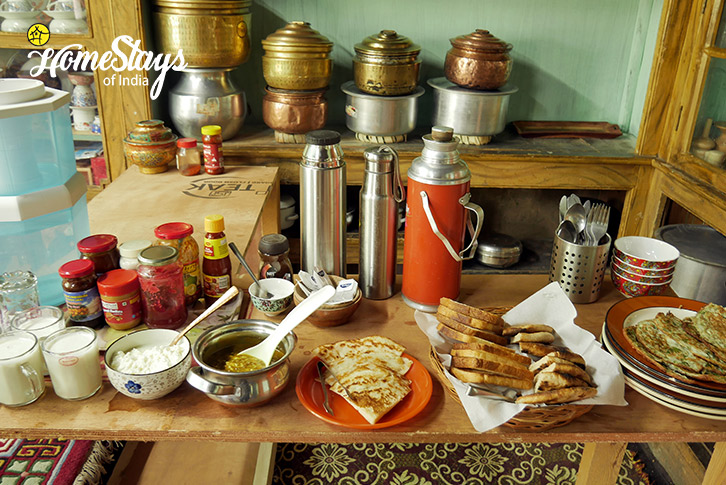 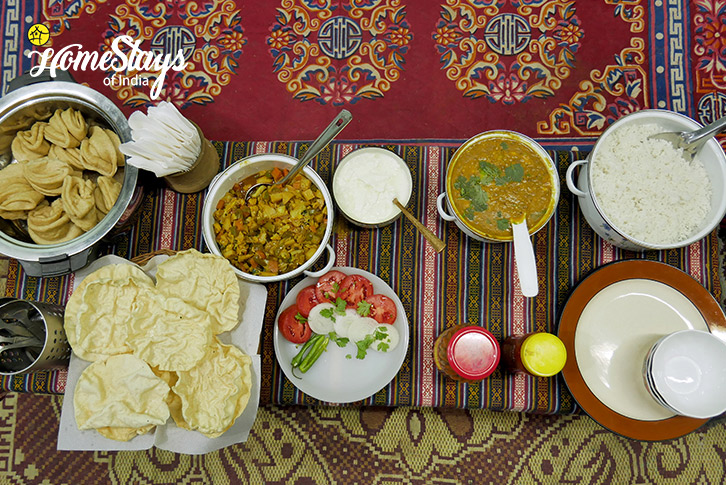 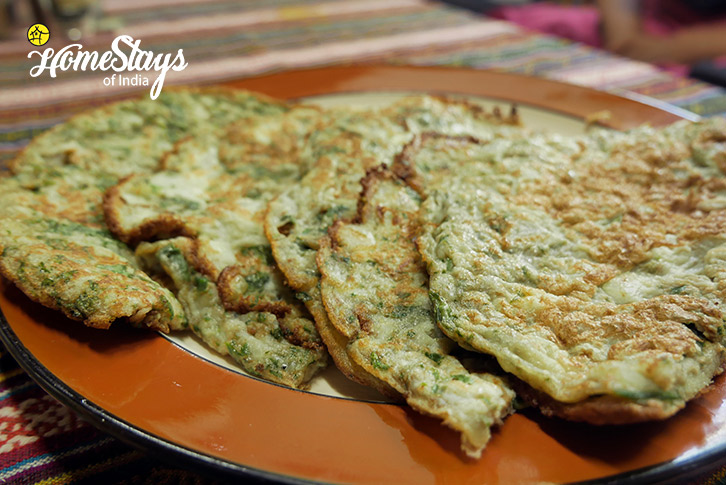 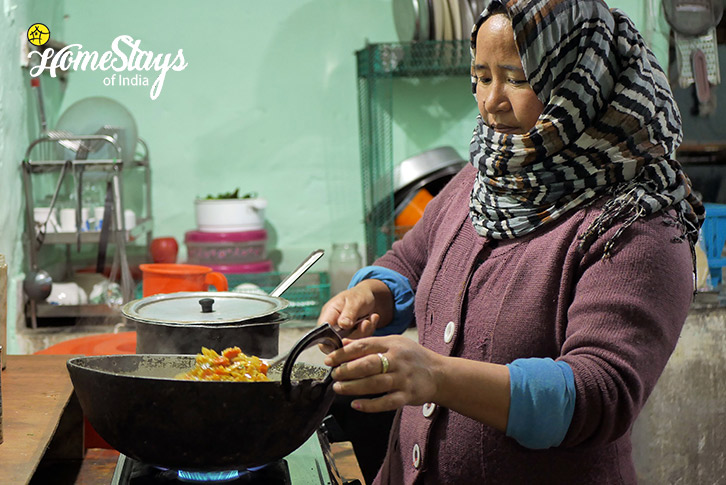 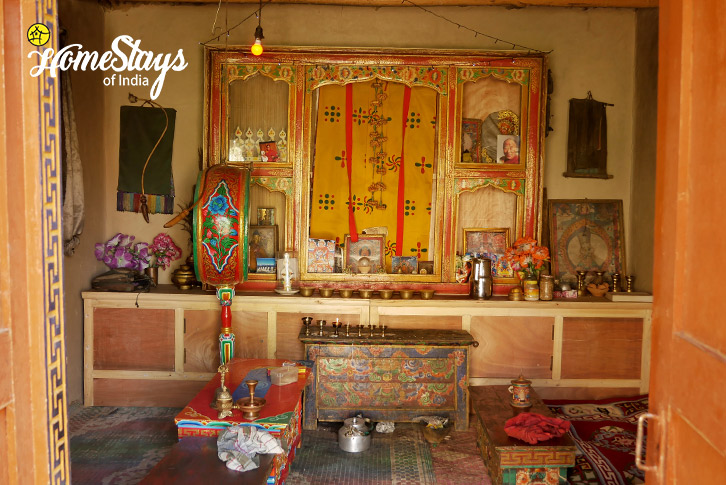 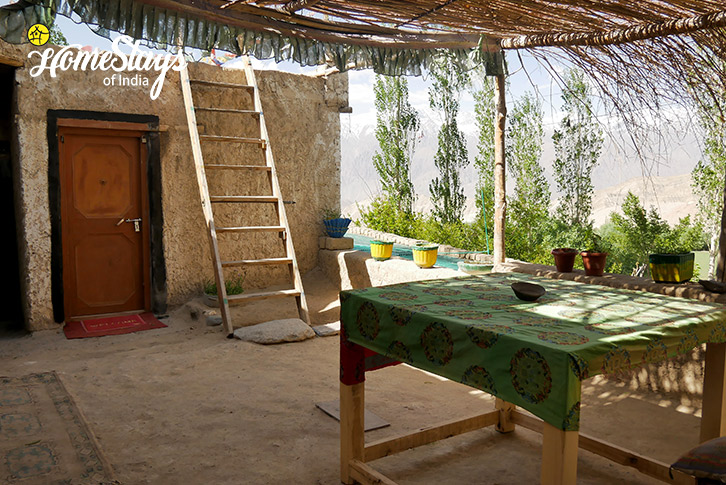 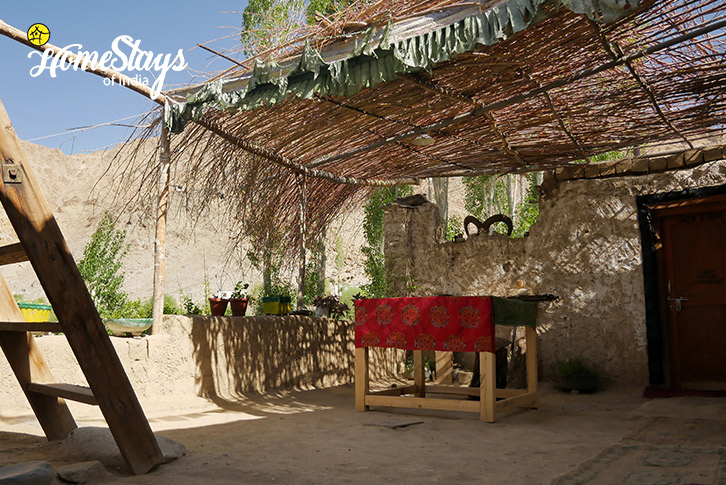 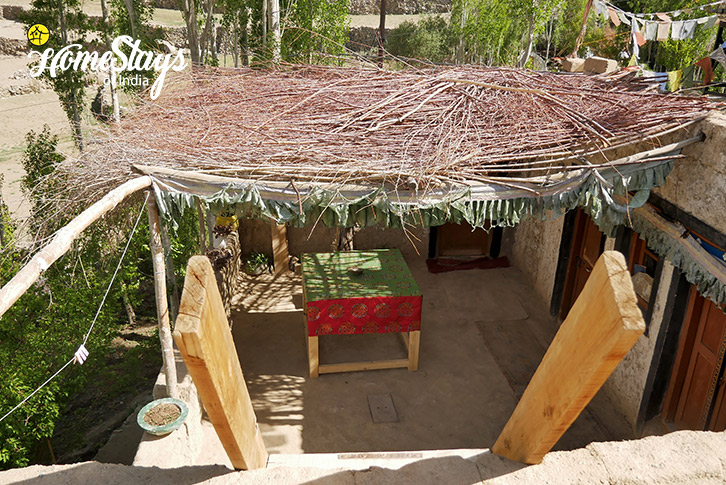 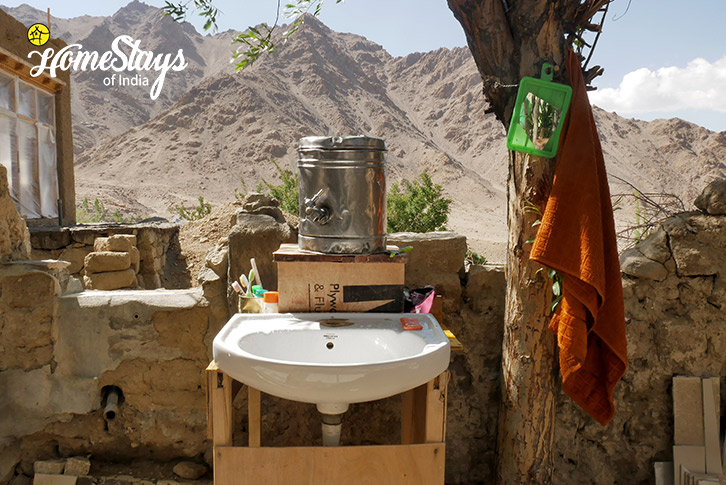 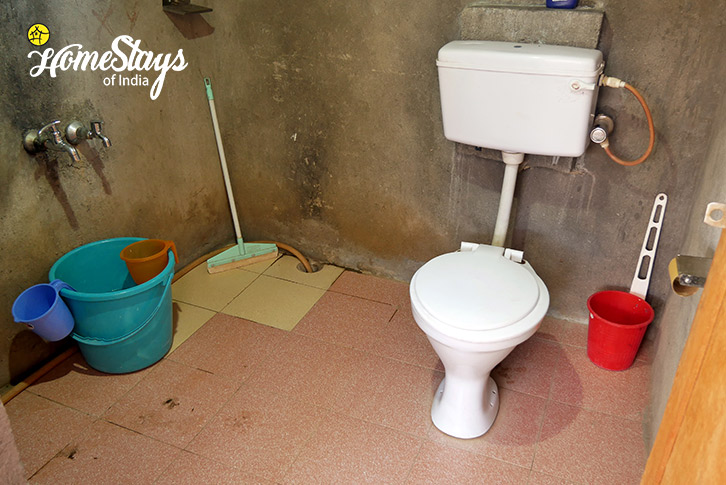 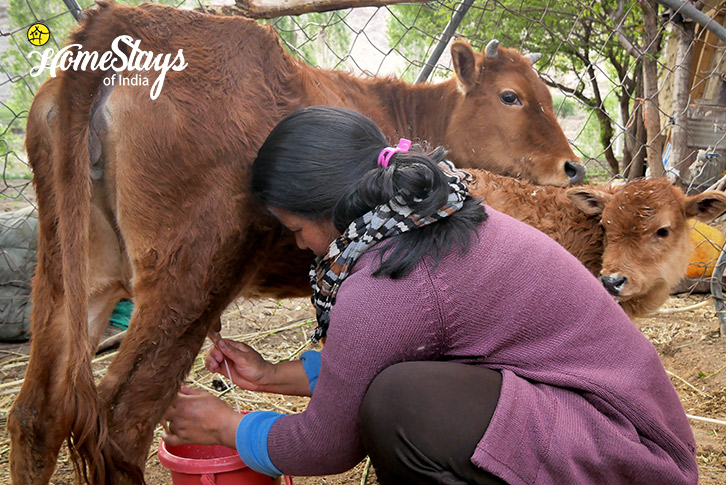 Located at a distance of 52 km from Leh, Likir is a small village with a population of around 1000 people. Likir, which literally translates to “Naga Encircled” derives its name from two serpent spirits Nanda and Taksako which were believed to have circumscribed the village. Klu-khyii gompa sits on top of a hill with a 25-foot-tall Buddha statue overlooking the village. It is also one of the only three regions apart from Leh and Diskit in Ladakh where the annual two day Dosmoche festival is organized. It is the last festival of new years celebrations. Famous for its clay pottery, you might find some few remaining potters in Likir who have carried forward the generational art.  The village also provides as the base to exotic Snow Leopard expedition and Sham Valley Trek for trekking enthusiasts.

It is one of the oldest homestays in the village. Initially it was just a one room house where mostly foreign tourists would knock on Stanzin’s door searching for a shelter. Large groups of trekkers would just sleep all around the common room with Stanzin. Later he observed the potential of the village and with a keenness to host the visiting tourists, he converted his house into a homestay and started welcoming more tourists. Now, the Likir Homestay has total 4 guest rooms; 3 come with the common toilet and one with an attached. Stanzin has constructed this beautiful homestay amidst his farms with a thought of retaining the traditional ladakhi architecture which is evident in his house. This is one of the best stays to experience Ladakhi lifestyle. One can enjoy the view of the mighty Buddha and the Likir Monastery from the homestay’s terrace.

Stanzin is a very young and lively person who manages the homestay along with his wife Tsemo. Stanzing spent his early childhood studying in Taiwan from where he picked up his interest in Hiking and mountaineering. Hence apart from managing the property and looking after his farm, Stanzin also doubles as a Trek guide who has traversed across almost all the treks in Ladakh ranging from Stok Kangri to Markha Valley to his own trekking routes.

Tsemo looks after the kitchen mostly while Stanzin also cooks occasionally. Almost all the ingredients that are used are fresh from their own farm. Food can be made on demand ranging from local cuisine that involves items like Momos, Chutaghi, Skyu, Thukpa, Thentuk etc. to other Indian cuisines. Make sure you sip on to the local morning tea made out of fresh grown mint.