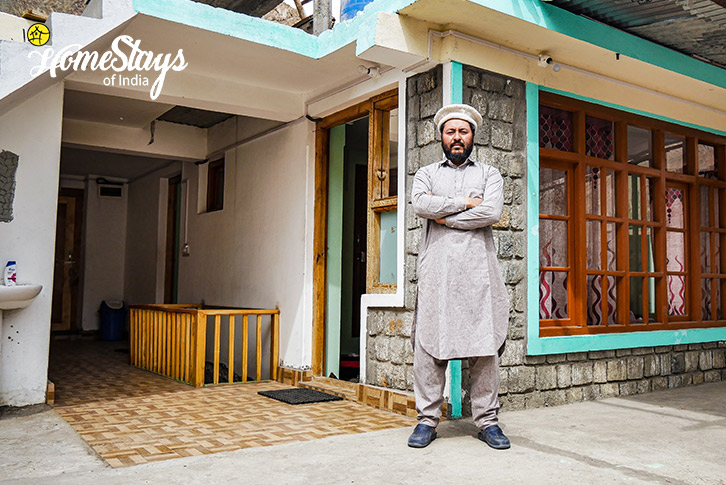 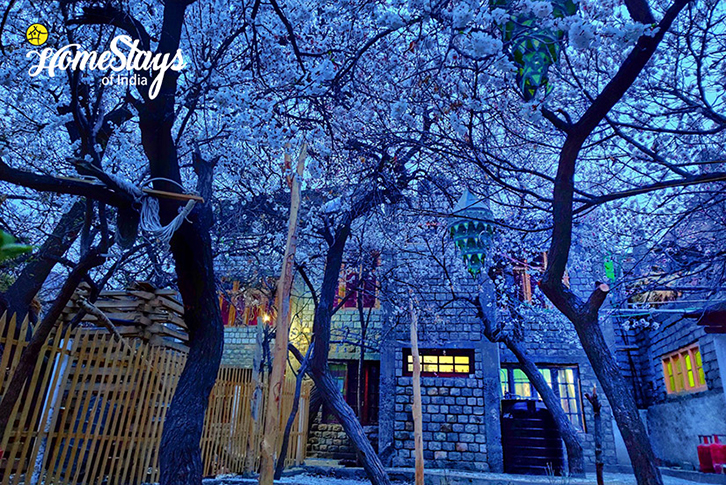 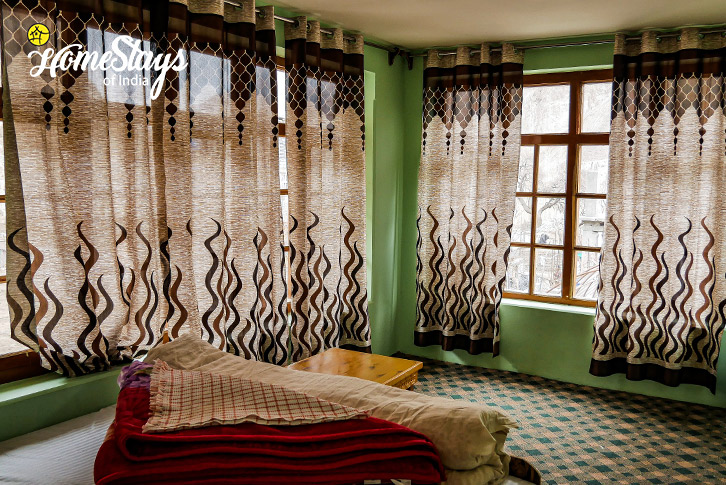 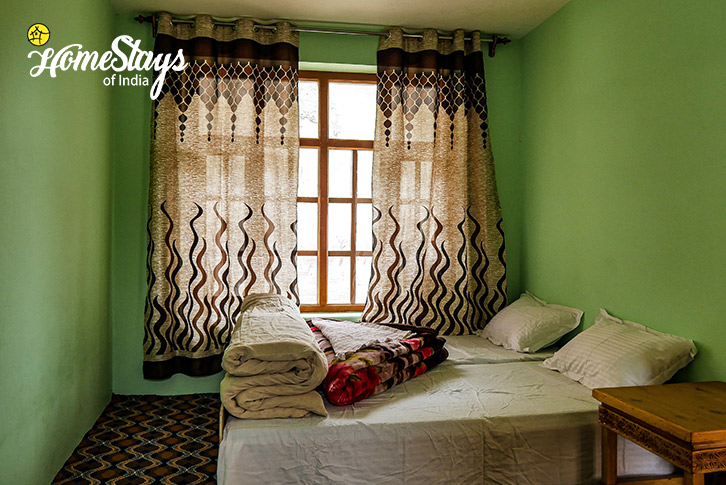 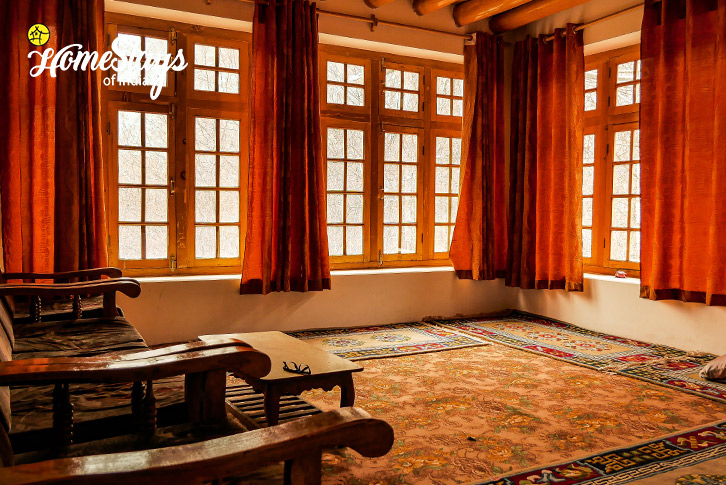 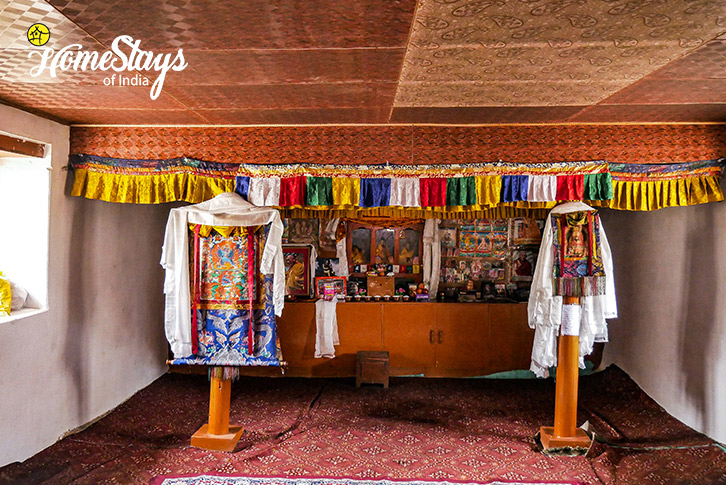 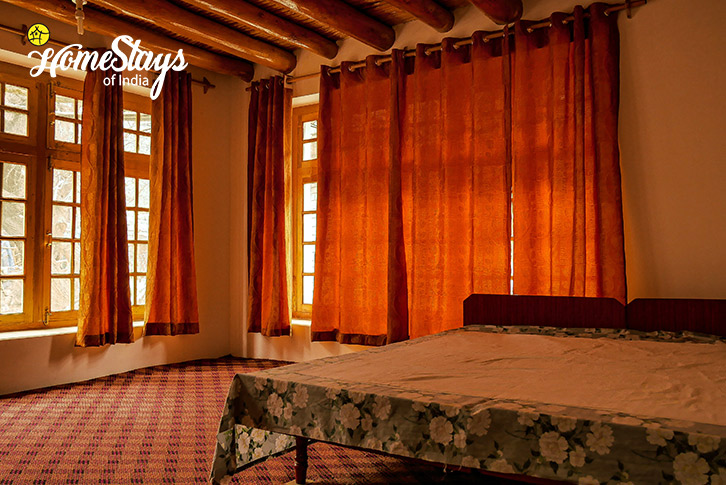 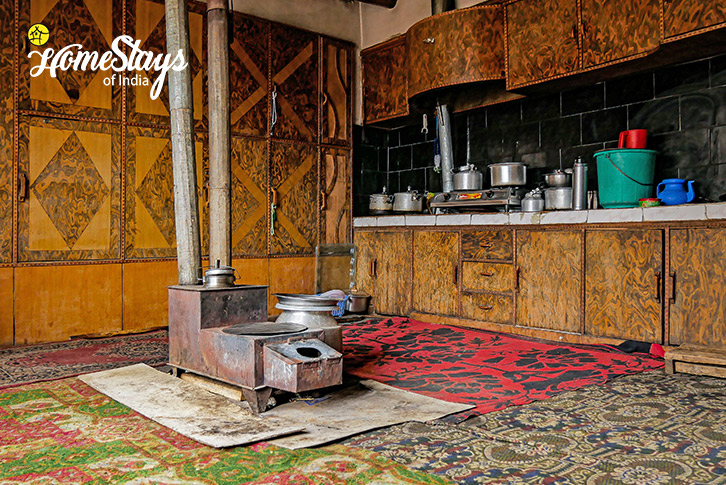 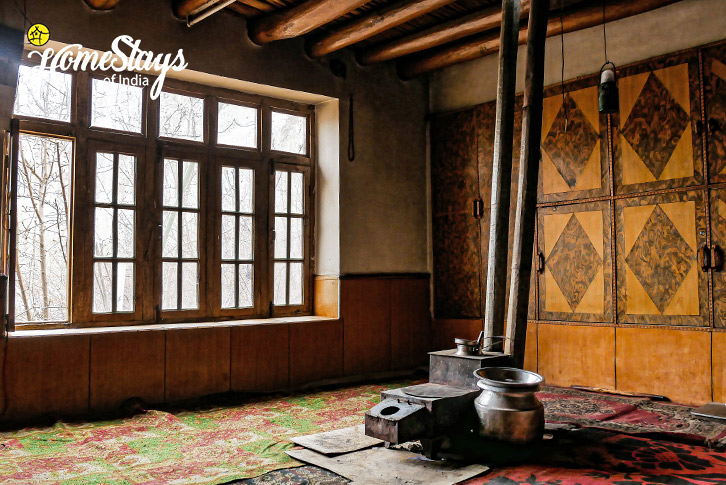 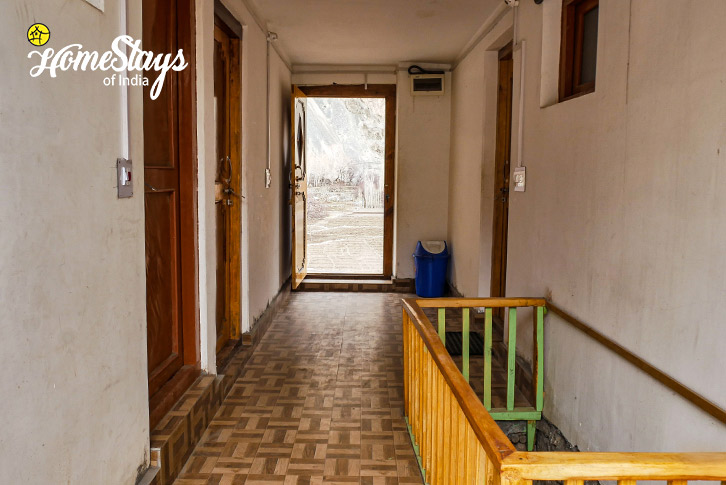 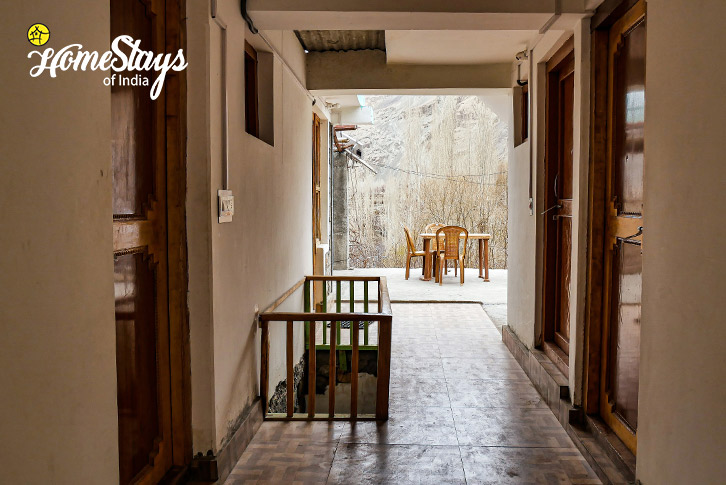 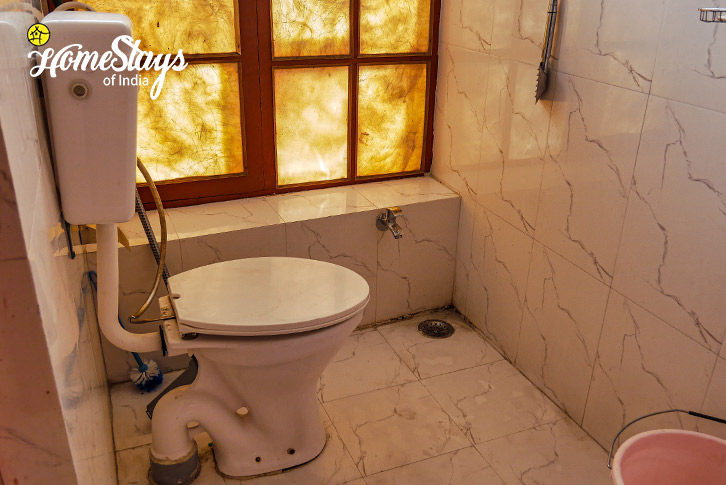 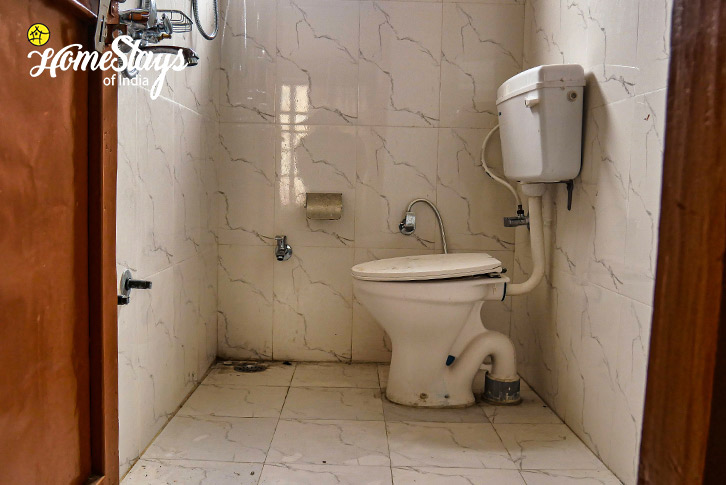 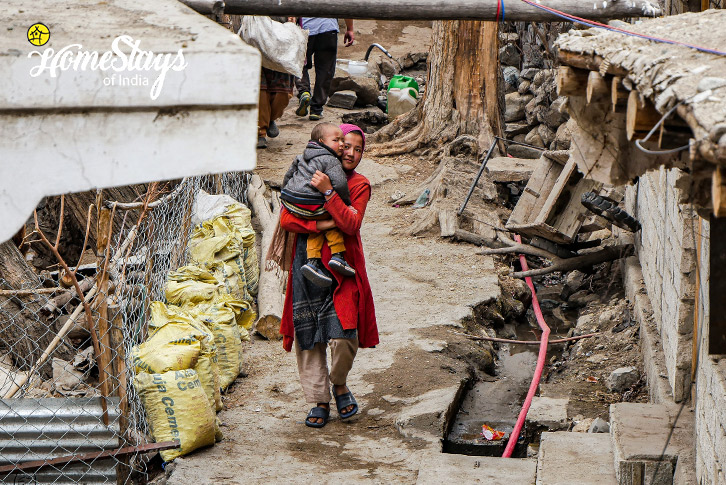 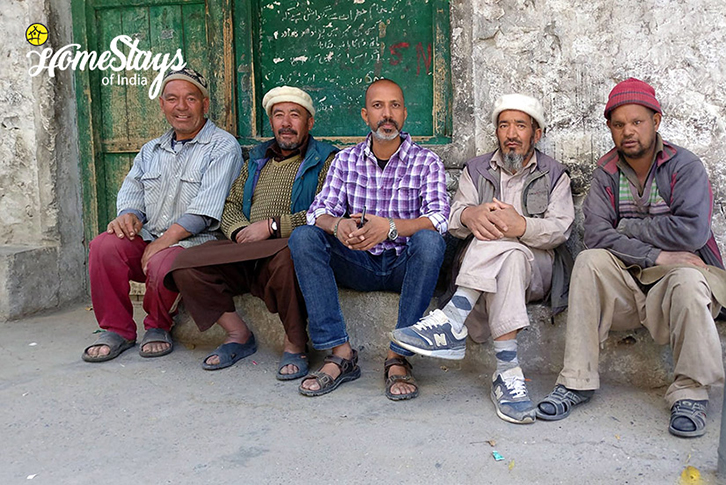 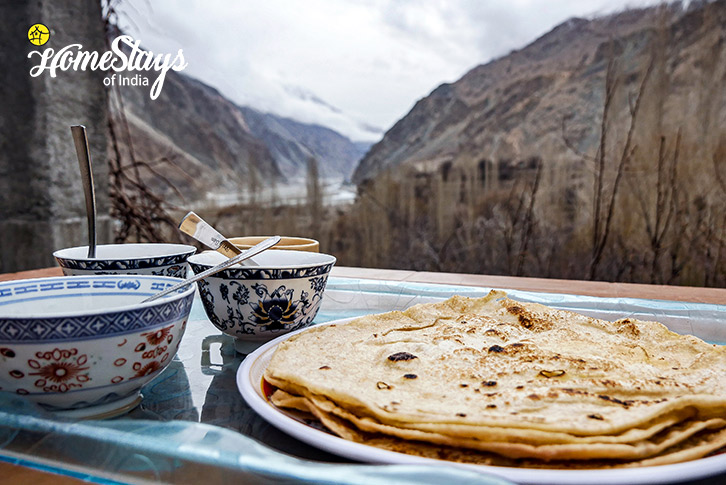 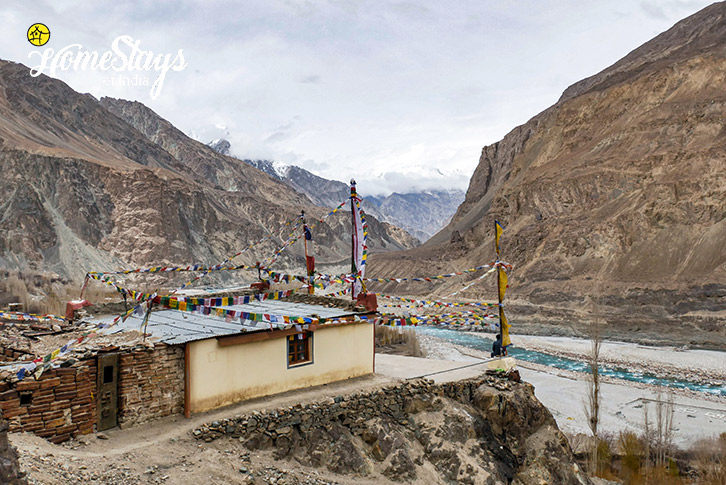 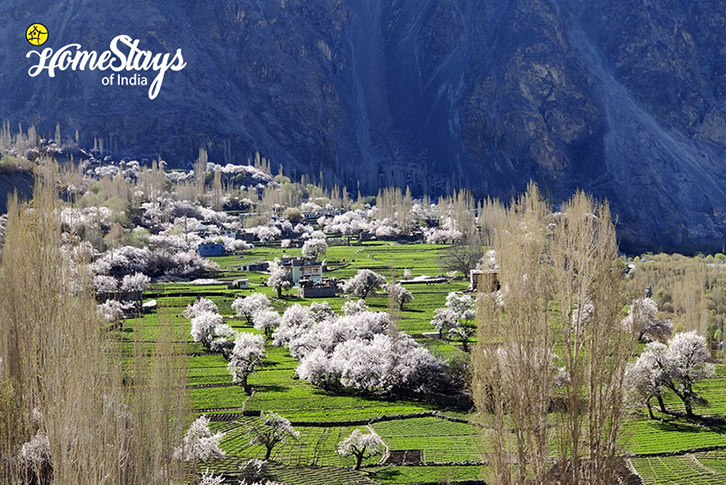 Turtuk once served as an important gateway to the ancient Silk Road that connected India with China, Persia and Rome. It was under Pakistan’s control until 1971 war after which India gained control of this strategic area and Turtuk became India last rural idylls. Today, with no wi-fi, few occupations, limited electricity and a distinct Balti language, the largely self-sufficient border village retains the feel of another age. It was so secluded that it received it’s first tourist only in 2010. Around 205 km from Leh, 80 km from Deskit and only 7 km from LOC, Turtuk is divided in 2 parts, Youl and Sarol. Youl is the right of wooden bridge and Sarol is the left. It is becoming the fastest tourist attraction of Ladakh for its unique culture, location and legendary Balti hospitality.

It was built by Abdul Rahim, a farmer whose young and energetic son Abdul Khaliq converted it into a homestay in 2011. Since Turtuk welcomed its first tourist in 2010 only, Abdul’s home eventually became one of the first homestay of Turtuk. It is nestled in an Apricot orchard, located around 350 mtr from Turtuk Bridge which is the landmark of village. It has total 5 guest rooms; 2 on the ground floor and 3 on the first. 3 rooms come with attached toilet and 2 on the ground floor has a common toilet. It has a traditional dinning hall and a kitchen but most of the guests prefer to eat in the garden only. Turtuk gets limited electricity but there is a generator set for back up.

Abdul Khaliq was the one who showed around to Mr Kim, the first tourist visited Turtuk in 2010 and became the first guide of Turtuk. Today he is a guide and a teacher who has seen the changing life of Turtuk.

Food is a serious affair here. Breakfast can be Kifer (made of Buckwheat) which is served with Grangthou (mix of Curd, Spinach and local herbs), Omelette, Parantha, local bread with vegetables and Tea/Coffee. Dinner is normally North Indian food with Balay (local veg/non-veg food). Non veg Indian food is available on prior demand.